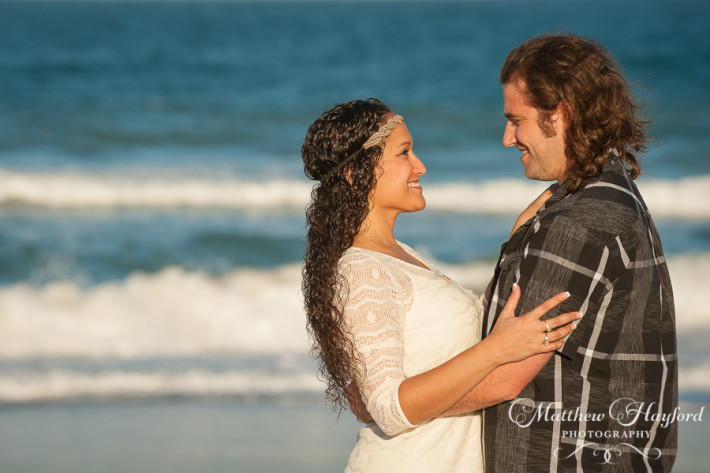 Today’s post is a sneak peek of Yovi and Mike from their engagement photo shoot a few weeks ago.  They wanted photos on the beach so I recommended my favorite beach spot where we could later go over to the river to get some great sunset shots.  When they arrived I became extra excited because they decided to bring along their two dogs to add into some of the photos later on.  The whole evening was a lot of fun and I think we took a lot of really great shots.  They interacted so well together that it made it easy for me to just set up the pose in the right lighting scenario and let them be themselves.  Below is a sneak peek at some of my favorites so far.